Drop To Us​   sales@ausinpipe.com
You are here: Home » News » Industry Knowledge » Why the NPS and OD values are different, from NPS ⅛ to 12 inches steel pipe?

Why the NPS and OD values are different, from NPS ⅛ to 12 inches steel pipe?

Why the NPS and OD values are different, from NPS ⅛ to 12 inches steel pipe?

Nominal Pipe Size (NPS) is a North American set of standard sizes for pipes used for high or low pressures and temperatures.

[1] Pipe size is specified with two non-dimensional numbers: a nominal pipe size (NPS) based on inches, and a schedule (Sched. or Sch.).

NPS is often incorrectly called National Pipe Size, due to confusion with national pipe thread (NPT). For other pipe size standards, see pipe (material) - sizes. The European designation equivalent to NPS is DN (diamètre nominal/nominal diameter), in which sizes are measured in millimetres.

[2] The term NB (nominal bore) is also frequently used interchangeably with NPS.In March 1927, the American Standards Association authorized a committee to standardize the dimensions of wrought steel and wrought iron pipe and tubing. At that time only a small selection of wall thicknesses were in use: standard weight (STD), extra-strong (XS), and double extra-strong (XXS), based on the iron pipe size (IPS) system of the day. However these three sizes did not fit all applications. The committee surveyed the industry and created a system of schedule numbers that designated wall thicknesses based on smaller steps between sizes

,[3] although IPS and NPS numbers remain equivalent.The original intent was that each schedule would relate to a given pressure rating, however the numbers deviated so far from wall thicknesses in common use that this original intent could not be accomplished.

[4] Also, in 1939, it was hoped that the designations of STD, XS, and XXS would be phased out by schedule numbers, however those original terms are still in common use today (although sometimes referred to as standard, extra-heavy (XH), and double extra-heavy (XXH), respectively). Since the original schedules were created, there have been many revisions and additions to the tables of pipe sizes based on industry use and on standards from API, ASTM, and others.

[5]Stainless steel pipes, which were coming into more common use in the mid 20th century, permitted the use of thinner pipe walls with much less risk of failure due to corrosion. By 1949 thinner schedules 5S and 10S, which were based on the pressure requirements modified to the nearest BWG number, had been created, and other "S" sizes followed later. Due to their thin walls, the smaller "S" sizes can not be threaded together according to ASME code, but must be fusion welded.

[6]Based on the NPS and schedule of a pipe, the pipe outside diameter (OD) and wall thickness can be obtained from reference tables such as those below, which are based on ASME standards B36.10M and B36.19M. For example, NPS 14 Sch 40 has an OD of 14 inches and a wall thickness of 0.437 inches. However the NPS and OD values are not always equal, which can create confusion.

For NPS ⅛ to 12 inches, the NPS and OD values are different. For example, the OD of an NPS 12 pipe is actually 12.75 inches. To find the actual OD for each NPS value, refer to the size tables. (Note that for tubing, the size is always the actual OD.)

For NPS 14 inches and up, the NPS and OD values are equal. In other words, an NPS 14 pipe is actually 14 inches OD. 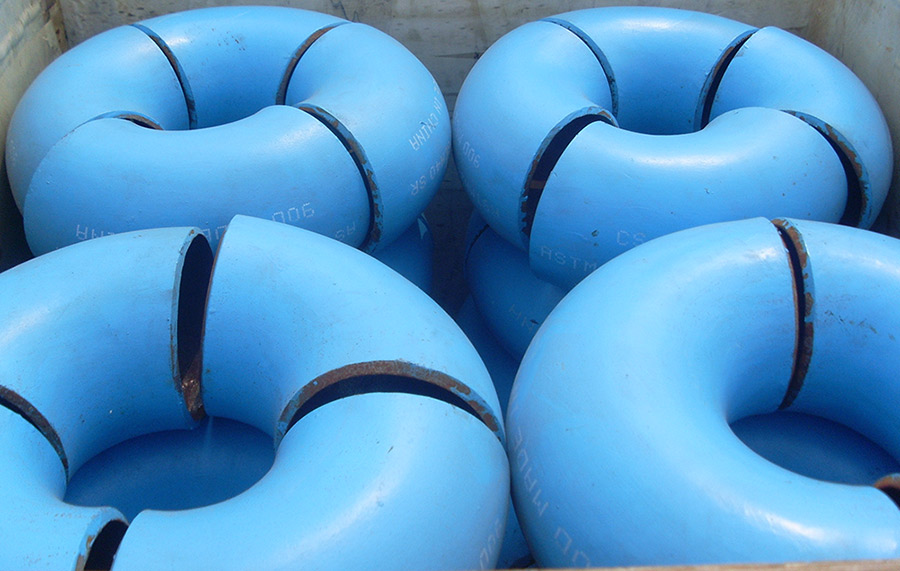